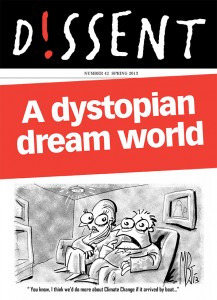 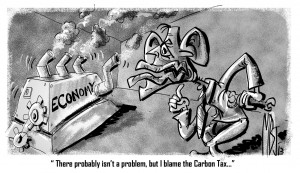 Editorial: Australia is one of the richest countries in the world. The number of asylum seekers arriving by boat are less than 1.5% of new migrants and yet Australians are living in a dystopian dream world in which they believe living standards are falling, we can’t afford a carbon tax and we are being swamped by boat people. Politicians are expected to empathise with these perceptions so that it is impossible to undertake measures to decarbonise the economy.  Even if global warming is limited to 2 degrees, the increased frequency of extreme weather threatens the largest refugee crisis in history. In SE Asia about one third of the population are living in areas considered at risk.

Charles Livingstone describes how both the private health insurance industry and the social clubs claim status as community builders based on their communitarian roots, but both now seriously impair national wellbeing.

Ian McAuley and Jennifer Doggett explain that the Intergenerational Report’s argument that we must cut government spending on health care because it is unaffordable has no logical basis. It would be useful if the report covered public and private spending on health but in its present form it is no more than a shallow fiscal projection laying the ground work for cost shifting – as if the interests of the government and the community which elects it are separate.

The Coalition and industrial relations in 2013 and beyond

Ron McCallum argues that the Coalition’s industrial relations policy recommendations are mild and indeed beneficial, but the policy leaves the door open for further a further deregulatory assault on our labour laws which Mr Abbott may find difficult to resist.

The defenders of privilege in education are on the counter-attack

Trevor Cobbold unpicks the flawed logic and factually incorrect arguments being advanced to undermine the key recommendations in the Gonski report on school funding which has switched the debate from prioritising school choice and supporting privilege to a new model which promises more resources for under-resourced schools and disadvantaged students.

Time for a radical reversal of transport priorities

Paul Mees and Lucy Groenhart contend that Australian cities should be planning for European-style public transport service quality making virtually all planned urban road investment redundant. We do not need to wait until planning policies deliver European level densities before we can have European-style public transport.
Tribute to Paul Mees
Dr Paul Mees died from cancer aged 52 on 19 June 2013. Formerly an industrial lawyer, Paul was a tireless and articulate advocate for public transport both as president of the Public Transport Users Association (1992-2001) and as an academic. He was internationally recognised for his work in transport planning through his books and research papers. Here in Australia, Paul consistently called governments to account and he influenced policy developments in urban planning through both his scholarly contributions and his longstanding engagement in public debates. His untimely death is a great loss to public transport advocacy and we are proud to have published articles by him in D!SSENT.
Kenneth Davidson and Lesley Vick – Eds.

John Legge traces the history of neoliberalism to show how its ideas helped create, and were then exposed as false, by the GFC.

Absurd, obscene and reckless – American nuclear weapons in the defence of Australia

Richard Tanter claims that the long-proclaimed government strategic policy reliance on the US nuclear deterrence in the defence of Australia is absurd, obscene and reckless. He points out no nuclear threat has ever been officially identified, other than that derived from hosting Pine Gap and North West Cape.

When No means No: Indonesia and Tony Abbott’s asylum boat policy

Derek Woolner points out the Coalition policy to send boat people back to Indonesia has become a problem transcending Indonesia. It drags in all South East Asia and could lead to a counterproductive loss of many other agendas important to Australia.

Max Wallace says the most accurate way to describe the relationship between government and religion in Australia and New Zealand is ‘soft theocracies’ where church and government purposes coincide to garnishee taxpayers’ money and resources – structurally through tax exemptions and functionally through grants and privileges.

The hurdles in accessing the legal system for the disadvantaged

Liz Curran points to the chronic underfunding of legal aid services over the past decade and recent discussions about narrowing the range of services offered fail to recognise the ongoing social and economic costs if this policy is adopted. 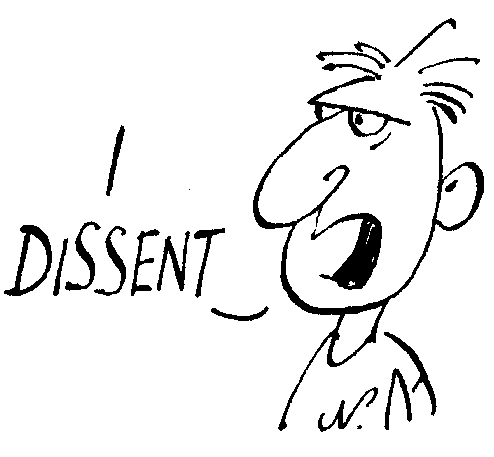